How to use async/await functions with Express ?

by Dimitri DO BAIRRO

In June 2017, has been released the 8th version of ECMAScript (ES8), as usual, a lot of interesting new features has been published. 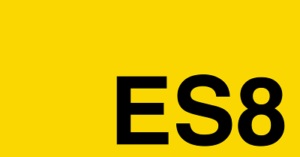 One of the most important features of ES8 is the arrival of the async / await keywords.

The target of this article isn’t to show you how to use async / await, but how to use them with the Express framework.

If you are an async/await functions addict, it’s most certainly because you like writting clean code ? 🧐

So, I deduce you  dislike to be forced by a framework to write crappy code like:

What’s the Express problem with async/await?

To be precise, it’s not really « an express problem », this is the normal express operating mode.

With Express, when you want to create a controller or a middleware function which uses a promise you must use .then sentences like:

The problem is simple, Express does not allow to pass a Promise as second argument, it must be function or Router instance.

Example of not working code. ⚠

Okay, but what’s the correct way?

The trick is very simple but very useful, for using async/await function into your express middlewares, you just need to wrap your functions with a Promise:

For helping the community, I’ve created an open source package to simplify the wrapper usage: @rimiti/express-async.
The package has been developed with TypeScript and the code is 100% covered by tests.